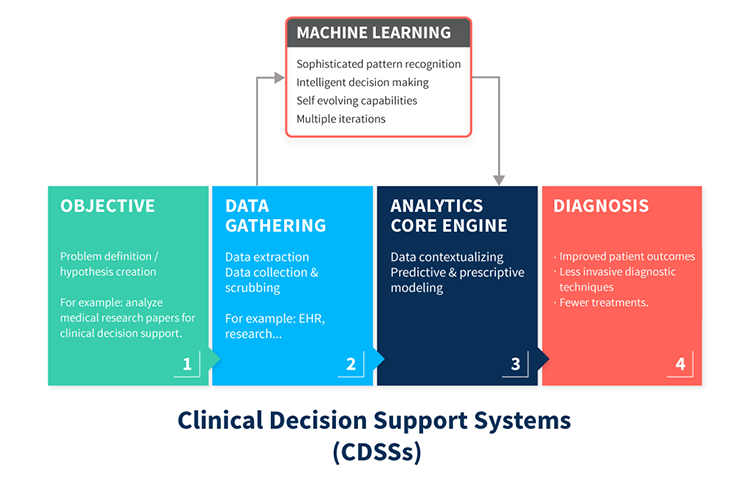 A recent example demonstrating the power of applied AI in CDSS in medicine relates to the story of a 60-year-old Japanese woman whose illness stumped doctors for months. A computer system, by the name of Watson, diagnosed the women’s illness as a rare form of leukemia in only 10 minutes after it examined millions of cancer research papers (Ng, 2016). Contrary to popular belief, AI has been capable of telling physicians what to do for a long time. Built in the 1970s, MYCIN was the first computer system providing clinical decision support to physicians that emulated human expert decision-making ability using artificial intelligence. Watson’s decrease in processing time is a significant change from that of MYCIN.