In the Agile Software development world, Ping Pong is somewhat of a meme. There is even an paired programming Test Driven Develeopment (TDD) practice called "Ping Pong". In this practice, two programmers work together on the same software feature; one writes automated tests that pass when the feature has been implemented properly, the other writes the actual code that implements the feature.
The two compete to some degree to outwit each other, turning a complicated problem into an engaging intellectual game. Whether the game or the development practice came first, one often sees paired programming teams near Ping Pong tables. Pivotal Labs, a Ruby on Rails practice in San Francisco, was one of the first development firms that I noticed doing this, although it was fairly common practice by the time they started. 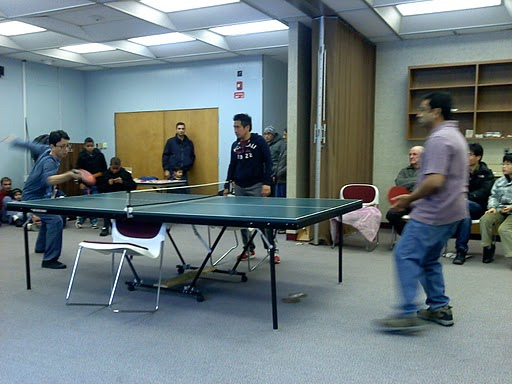 I would argue, however, that foosball is more appropriate in practice as a complement to paired programming. In the case of foosball one sees the more common practice where a pair of developers work in co-operation (rather than competition) with each other to "win", although they do win against another pair. Ping Pong can be played with as a "doubles" game, but I very rarely see this done. 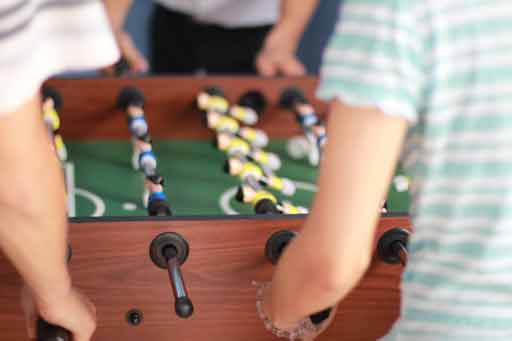 (Photo Above: fooseball played in pairs at East Agile)

There are no comments about this article, let us know what you think?
Related Posts
11 Jan•1 min
Share to FacebookShare to Twitter
EAST AGILE HOLIDAYS VIETNAM 2021